The changing global landscape has forced companies to adapt staff augmentation services. These services help them gain skilled software developers without the need to use local talent. Using nearshore or offshore augmented staff gives you a valuable advantage. Let’s learn more about these options. 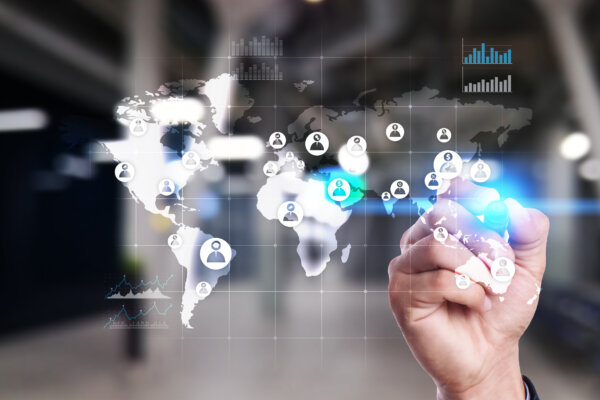 Nearshoring and offshoring staff augmentation are both possible using this hiring model. They can be useful when looking to hire additional developers to extend your team.

Let’s get into the details of both nearshoring and offshoring staff augmentation. So you can break down which option is best for you.

What is onshore staff augmentation?

Onshore staff augmentation is the process of hiring developers from a different company that is based in the same country as your company. You hire these developers on a temporary basis, typically for a project.

What is offshore staff augmentation?

Offshore staff augmentation is the process of hiring tech talent from overseas. You use overseas talent to fulfill the skill gap that exists in your development team. Typically these extra software engineers will work remotely in a different time zone than your onsite team.

An example of offshore staff augmentation

You can hire offshore developers from Poland will you are in the United States, United Kingdom, Australia, etc.

Another example of offshore staffing would be hiring programmers from Asia. While your tech company is based in Australia.

What is nearshore staff augmentation?

Nearshore staff augmentation enables you to hire IT professionals from a nearby country. Typically, organizations will choose to hire specific expertise from the country next door. This is instead of hiring developers from locations further away.

An example of nearshore staff augmentation

Both of these are perfect examples of nearshore staff augmentation. This is because the countries are in close proximity to each other. There is little or no time difference between them and culturally they are also very similar.

Let’s check out some of the advantages and disadvantages of nearshore staff augmentation.

There are a few major pros of using nearshore staff augmentation such as proximity and getting the most value for the money you pay.

Nearshore means to transfer business or part of its operation to a nearby country. This may be a more preferable option to more distant locations. This is a big benefit to tech company owners for a few reasons:

The value outweighs the costs

Hiring developers using nearshore staff augmentation allows you to get the best value for your dollar. While this option may be more expensive in some cases in comparison to offshoring. You get more value for the money you spend.

Developers who are in closer proximity to your location, have similar or even better programming skills than your local team. So you may find that you are paying more using staff augmentation but these extra team members bring value to your company. These augmented team members can help push your project forward and make it better.

Also, 👉 staff augmentation prices 👈 cover a lot of typical employment costs, so you as the employer do not have to pay for them out of pocket.

A smaller pool of technical skills

When you use nearshore staff augmentation you limit yourself to the IT talent that exists in the countries near your location. This can be particularly restrictive if you are looking for a software engineer with niche skills.

Let us explore some of the pros and cons of using offshore staff augmentation.

When you use offshore staffing services, you have an even bigger talent pool at your fingertips. You can access highly skilled developers from anywhere in the world. As we mentioned before if you are an American company looking to use offshore staff augmentation you can hire people from Europe.

When you hire offshore developers depending on the time differences, you will have someone always working. Offshore teams enable you to have people working around the clock on your software development tasks.

For example, if you are in Australia and you have offshore teams located in Europe when they are working, you are sleeping. And vice versus, when you are working your offshore team is sleeping.

You can get more done on your project this way and complete projects faster. You do not lose valuable time to get things done.

Here at Swyply, we combat these issues by ensuring at least a couple of hours of overlap in working hours. For example, if you are an American company hiring developers from Eastern Europe. The time difference will be around 6 to 9 hours depending on the exact location.

So it is easy for our developers to gently adjust their working hours so that their last two hours of work overlap with your first few hours of work. This way the team can meet and discuss anything that needs to be ironed out to move the project forward.

So depending on where in the world you are looking to hire the best offshore developers, you may encounter some cultural differences. Now certain countries will have a mentality more like yours than dissimilar.

Moreover, many countries may also share the same holidays, days off, etc. So, creating deadlines and virtual team meetings is also easier.

Let’s look at a very specific example of cultural differences:

If you are a Canadian company looking to hire offshore developers you may be debating whether to hire from Europe or Asia. Now without getting into coding abilities, English language skills, etc.

Ask yourself who is more similar culturally.

Europeans are more like North Americans in terms of religion, values, family, and perspective on work. Most European countries share similar holidays, days off, bank holidays, etc. as Canada or even the United States.

Many Asian cultures will be completely different from European or American cultures. Their mentality can also differ from ours and so do their holidays. Choosing offshore staff augmentation is still an excellent option. Even if you worry about cultural differences, there are ways to resolve those issues.

Nearshore vs Offshore – where to look for talent?

Deciding where to find talent to extend your time can be a challenge for any tech company big or small. There are many factors that come into play. Factors such as location and cultural differences. Along with time zones, language barriers, and most importantly coding skills.

Central and Eastern European software engineers are some of the best in the world. So when deciding who to hire this may be a big factor regardless of whether you choose nearshore vs offshore staffing. HackerRank.com has done some research on the best developers across the globe. Check out the graph below to see that some of the top talents come from Poland, Switzerland, Hungary, France, the Czech Republic, Italy, and Ukraine.

In many of these European countries, you will also find developers who speak and write at a minimum of B2 level English. So you do not have to worry about a language barrier. Also, Europeans are very similar culturally to North Americans, Brits, and Australians. Plus the time zone differences are not that extreme. Here at Swyply, we can overlap some of our working hours to help minimize the time zone challenge.

Numerous companies in the IT industry can take advantage of nearshore and offshore team augmentation services. Some of these companies include Startups, Software Houses, and SaaS companies. Let’s take a closer look at how these companies use these services and the benefits they gain from doing so.

Startups big and small can turn to nearshore or offshore teams to help grow their business. For example, a startup may use an offshore team to help them develop an MVP to later on take to their investor.

Once the investor approves of their MVP. They continue development and grow their augmented staff even further to continue with their project.

Nearshore and offshore team augmentation is an excellent solution because it lowers employment costs. Also provides fresh talent with a new perspective. Plus, in the case of new software development ventures, you have less liability. You can always switch developers hired via staff augmentation if they are the wrong fit. Moreover, you can always end cooperation if the new venture is not going as planned.

Software Houses typically have a wide range of departments that constantly need new talent to continue to grow. For example, a software house may develop websites, mobile apps, IoT products, etc. Each of these will have separate teams of developers. Each team is dedicated to completing a different software development project.

Some IT teams have longer longevity than others depending on customer demand for the project. This is where using nearshore teams or offshore teams can be a huge benefit.

A software house hiring developers from a different country can help with projects that are temporary. So they can take on projects that are not the core of your business. This way you can still take them on and increase your revenue but not use up your internal team for secondary tasks.

In some cases, SaaS companies need niche skills that are difficult to find through traditional recruitment. This is where nearshore and offshore staff augmentation is a huge help.

A SaaS company can gain access to a larger talent pool than what is available locally. This makes finding niche software engineers a lot easier.

Also, many staff augmentation companies have developers with advanced skills ready on demand. So you may only have to wait a week before they get to work on your project. When you use 👉 in-house recruitment vs staff augmentation 👈 you run the risk of waiting several weeks.

Why are tech companies turning to nearshoring & offshoring staff augmentation?

By leveraging the skills of remote workers, tech companies can get access to new talent pools that may not be available locally. Moreover, nearshore and offshore staff augmentation can reduce costs associated with hiring full-time employees.

While also reducing costs associated with recruitment, training, and onboarding new employees. It also gives them access to a diverse talent with specialized skillsets or a niche skillset that is not readily available.

Let’s summarize the differences between nearshoring and offshoring staff augmentation. Nearshore staff augmentation is hiring developers from a nearby country. They are hired to fill the gap that exists in your company. Moreover, nearshore team augmentation can help you transfer some of your business operations to a remote team.

While offshoring staff augmentation is hiring software engineers from locations further away. In this scenario, you have to take into account time zones, cultural differences, etc. This is a great option if you want developers working around the clock on your projects.

Some benefits of offshoring staff augmentation include:

Meanwhile, with nearshore staff augmentation, you gain benefits such as:

Some cons of offshore staffing include time zone differences and cultural differences. On the other hand with nearshore staffing, you are limited in your talent search to nearby countries.

Whichever option you choose, you can still gain developers to fill the talent gap that exists in your workforce. If you want to further discuss nearshoring vs offshoring staff augmentation, 👉 drop us a line 👈. We can help you decipher the best choice for you for free and with no obligations.

Ways to close the IT talent gap in your company

There are various ways you can close the IT talent gap in your company. You can close the IT talent shortage in your company using various hiring models. You may try traditional recruitment or go beyond it. Some other methods to close that talent shortage includes IT staff augmentation services, outsourcing, and managed services. Let’s dive into each of these to see what’s right for you.

IT staff augmentation vs dedicated team

This site uses Akismet to reduce spam. Learn how your comment data is processed.